6 best places for theatres in Dublin 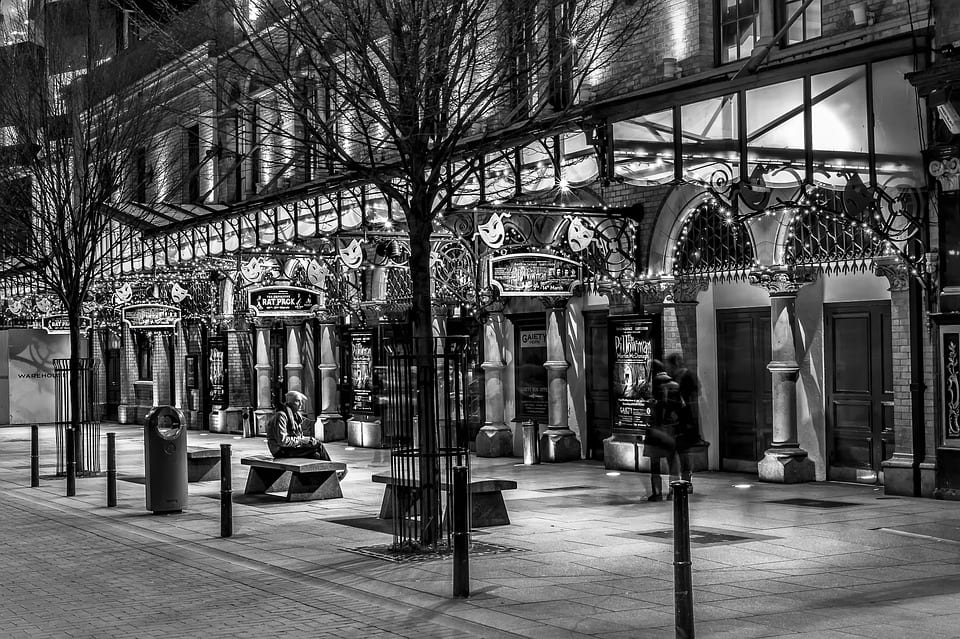 Situated at Grand Canal square, Bord Gais Energy Theatre is a very popular one. It only opened in 2010 and with its stunning architecture, it attracts many people each year. Featuring 2111 seats, there is much space for the audience. From ballet performances to Riverdance, from orchestras to interactive plays, this theatre has seen it all and offers something for every taste. How about combining the visit with a nice dinner beforehand? Book your tickets now online.

Opened in 1871, Gaiety theatre is a very special one. Stunning long red velvet curtains, balconies and ornamentation make it probably the most beautiful theatre in Dublin. A 1.145-seat auditorium offers plenty of space for world-popular performances and incredible audiences. Situated in Dublin 2, it is perfectly accessible. Whether you prefer comedies, musicals, operas or plays, this historical venue has it all and can even be hired for special occasions. But of course, this has its price. Check out what’s on here.

With a capacity of 1.246, the Olympia theatre is a popular venue too. Situated in Dame Street and built in 1879, it has about the same interior as Gaiety theatre, the curtains, the velvet seats and the various levels. The place can be used as a seating or standing space as the chairs can be removed. Many popular films and theatres have been showed such as Charlie Chaplin. Nowadays, the venue is used for concerts instead of dramas, pantomimes and operas like back in the days. David Bowie, Michael Buble, Kings of Leon and many more have entertained the audiences here. The theatre has been in various hands but has been bought in 1995 by Denis Desmond & Caroline Downey and is still in their hands today. In 2015/2016 the theatre has been refurbished for €4 million and has now incredible facilities to offer.

Built in 1928, the Gate theatre can be recognized by its stunning façade right in Dame street. People tend to think the building belongs to the government.

Shows such as The Great Gatsby are being shown but in a less traditional way. The venue sees a new director, Selina Cartmell, currently who is interested in innovating the classics and create relevant and dynamic new work, integrating theatre, dance, visual arts, architecture, film and music. Nominated for many awards, her shows are very well known and the 400-seat theatre sees many visitors every year.

Vicar street has a seating capacity of 1050 and a standing capacity of 1500.  It’s only been opened in 1998. A range of acts, comedians and concerts have been performed here already and situated in Dublin 8, it’s still a popular place to go to. Artists such as Bob Dylan and Lana Del Rey have excited huge audiences and there will be many more to come such as Al Porter or Milky Chance.

Founded by W.B. Yeats, this theatre is a really well known one, the national theatre to be precise. In December 1907, Abbey opened its doors for the first time but only got this name since 2006 (before the Irish theatre society). This venue actually invests in Irish literary and artistic heritage by giving writers workshops and support them in their processes. The theatre focuses mainly on plays rather than hosting concerts or musicals.