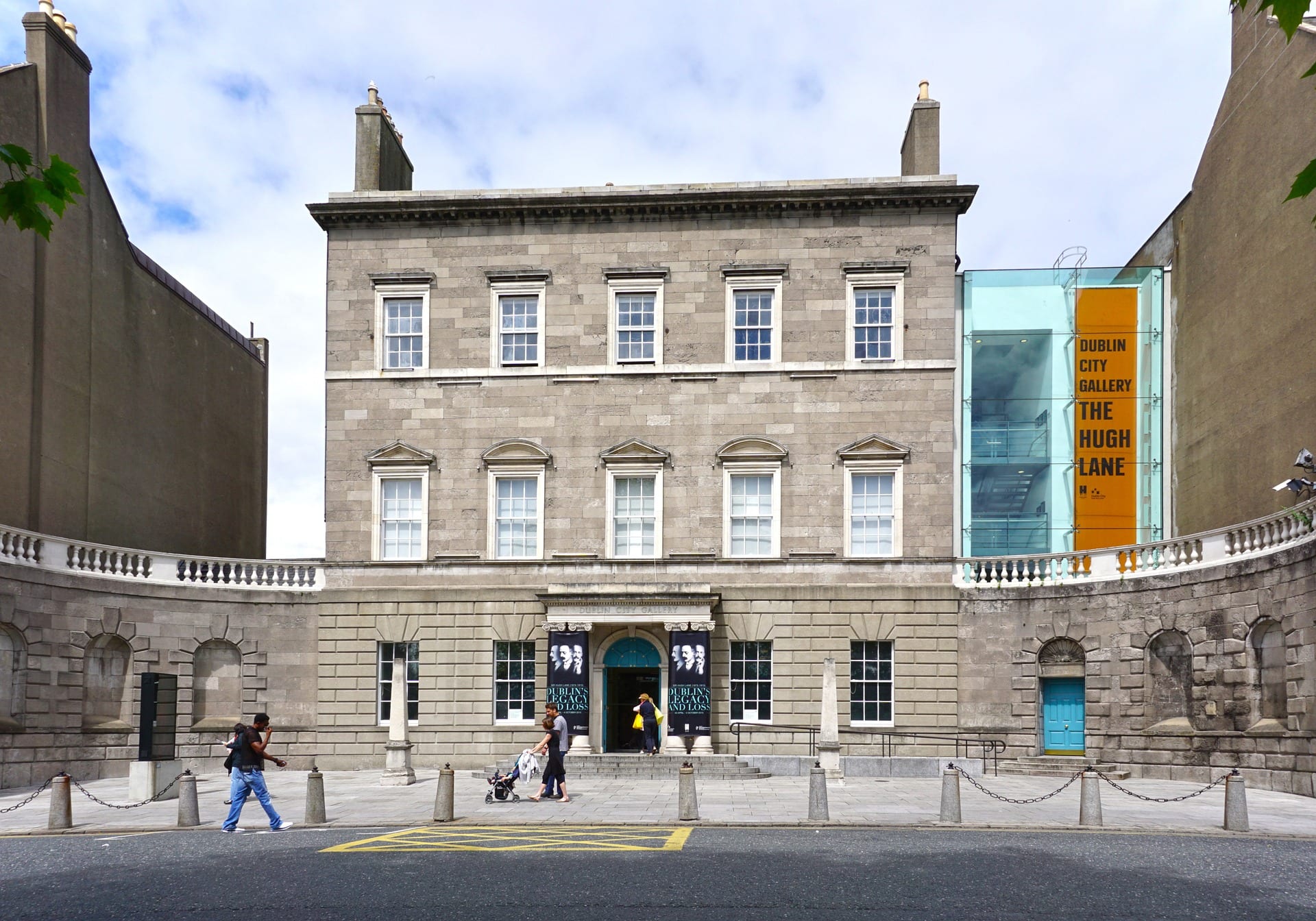 As well as being the capital city of Ireland, Dublin is also Ireland’s capital on contemporary art. Galleries can be found all over the city from small Georgian townhouses to large stage-of-the-art spaces. Any art lover will be in their element visiting Dublin and discovering the many contemporary art galleries it has on offer.

This gallery was established in 1998 and named after the Irish art collector and public figure Hugh Lane. Following his death, The Dublin City Gallery the Hugh Lane continued his legacy. Highlights of the gallery include Irish artist Sean Scully’s bequest of his works and the recreation of studio of the iconic Francis Bacon. This gallery is worth seeing and is only a quarter of an hour’s drive away from the Dublin Stephen’s Green Hotel.

The striking banners for Seamus Nolan's exhibition Traveller Collection at the Hugh Lane at the entrance to the Gallery today. #cappnetwork #hleducation #createireland #hughlanegallery

This museum is based in a renovated 17th century hospital. Plus, this gallery results in a clash between contemporary cultures and historical residues. The IMMA opened in May 1991 following a restoration of the hospital in 1984. There are regularly changing exhibitions at the IMMA from celebrated Irish designers such as Eileen Gray, to international artists like Philippe Parreno. IMMA celebrates old and new with past artistic achievements in one hand and cutting edge contemporary art on the other.

Oh we just can’t get enough of these dynamic summer skies. Special thanks to @rocshot for this beautiful photo of the IMMA courtyard at night. #IMMA2018

This is the South Dublin Arts Centre: home to all types of art aimed at all members of the community. RUA RED inspires and engages Irish and international audiences with its artistic programme. The art centre organises visual art exhibitions, theatrical productions, live music events, film screenings, performance pieces, dance recitals and creative writing workshops. RUA RED is situated outside of the city centre but is worth the visit as there is plenty to hear, see and do at this arts venue.

The Douglas Hyde Gallery was founded in 1978 and in 1984, and became independent of Trinity College Dublin. The gallery was one of the only publicly funded artistic spaces in Ireland that focused only on contemporary art. There are regularly ethnographic and craft exhibitions at the gallery as well as several music events. Despite only being a small gallery, The Douglas Hyde singles out marginalised or overlooked artists, both home and abroad, to feature them as part of the gallery’s exhibition programme.

In our current image-saturated culture, who and what gets to be visible? And what are the conditions that shape visibility now? Join us today in the Gallery at 1.15pm for a free guided tour of our current exhibitions, which reflect on these questions. ‘A Visibility Matrix’ by Sven Anderson and Gerard Byrne in Gallery 1, and ‘Moving’ by Juan Downey in Gallery 2, part of our The Artist’s Eye series, are at The Douglas Hyde Gallery until August 25. Image: Installation view of ‘A Visibility Matrix’. Photographer: Louis Haugh.